I woke up this morning and thought, I’ll go to Wick.
And now I here am.
But only for a few minutes; well no, I’m here overnight, but still, only saw my wonderful AirBnB hosts to say hello when I arrived (didn’t want to interrupt their dinner).

Last night there was all sorts of fuss and bother and research; AirBnB didn’t want to give a refund (even though my hosts were happy to do so); it seemed like the train wouldn’t run after all Sunday, but would (almost certainly) Monday, so did I want to stay longer, and so it went on.

I woke up this morning and thought, I’ll go to Wick. I thought, what’s so special about all this, this isn’t all that different to the situations we face at home all winter, I can handle this. So I did.

I had already checked the bus and train websites, and then confirmed at the train station and the bus station, I knew all the options, all the timetables, what would be possible, how to make it work.

First I had time to go over to Eden Court and catch up with Matt Sillars hanging a new Flow Phototest exhibition in the Eden Court, and have lunch at my favorite cafe, Velocity.

I took the bus north. It reached Wick just as the light was fading, no opportunities to look around, to take photographs and besides it was raining; fortunately the AirBnB wasn’t very far. 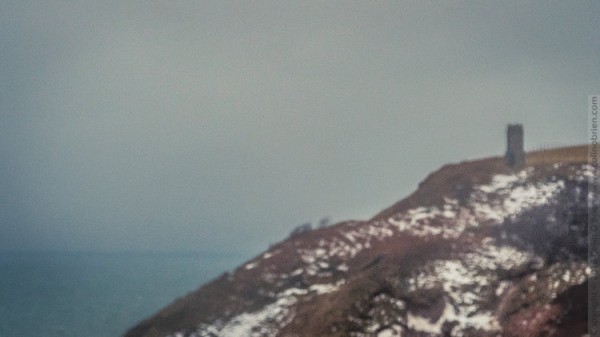 The bus goes straight up the A9, a different route to the train which cuts inland a couple of times, so that’s handy, though as previously mentioned, buses bounce a lot more than trains. It meant I got to see a lot more of the North Sea than I was expecting; don’t know why, but that was the side I chose to sit in Inverness, and it was fairly full so no swopping this time, and besides, my side got less rain (on the windows) than the other, and it rained just about the whole way. Certainly by the time we left Dornoch (about a third way up and as far north as I got last year) there was lots of snow around, though with it warming and raining, I wonder if it will still be there for the return trip…